Take Death out of the Closet and into the Classroom!
A possible Utopia for dealing with death? Key Points: 1. Death is a natural fact of life, it doesn’t need to be morbid or sad 2. As a society and our need for compassion around grieving 3. Where do we start to become comfortable around this subject? 4. Could we follow their 4 part strategy? […]

A possible Utopia for dealing with death?

Key Points:
1. Death is a natural fact of life, it doesn’t need to be morbid or sad
2. As a society and our need for compassion around grieving
3. Where do we start to become comfortable around this subject?
4. Could we follow their 4 part strategy?

Take Death out of the Closet and into the Classroom!

I was sitting in my favourite chair by the French doors, the winter sun was streaming in, I was beginning to feel relaxed and sleepy as I pondered upon what life would be like in the future 20-30 years from now; how would the massive wave of baby boomer’s deal with the death of their parents? How would they cope and what resources would be available to them?

It was in this frame of mind that I noted a wonderful calming white light surrounding me, or had I closed my eyes and was already dreaming, for this is what transpired.

I felt I was catapulted out into the vastness and then slowly I drifted down into a community. It looked like the village where I live. I started to recognize familiar landmarks but the people were different, they were wearing clothes in a style that I wasn’t familiar with. The little village school wasn’t little at all, for it had expanded considerably. The children were out in the playground, it seemed too early for recess, shouldn’t they be in their classroom I thought. I floated slowly closer to them and as I did, I heard one little boy remark to his friend,” I am feeling, a kind of floating heaviness inside, and if I put my attention on it, it wells ups and I feel like crying”

“Oh, said the friend, that is sadness, we learnt all about that last week, it is OK, just put your eyes on your inner feeling and allow it to move into your eyes, this will let you cry, it is OK to cry. This is your body’s way of releasing emotions in a healthy way. That is what our teacher taught us and she said it is natural to feel this way as the class hamster had just died. Harry would be so happy that everyone was here today, to send him on his journey”.

The little boy turned to his friend, his tears streaming down his cheeks, “but I miss him already. Who will great us each morning and make us laugh. He could do so many amazing tricks on his little wheel”, the boy exclaimed.

“I know, the other boy said, we will be going back into class and today we are going to talk more about Harry, perhaps there will be other stories that will help us remember him the boy said with a smile.

The other boy, pondered this, and looked at his friend. “Thank you I feel better now”. He noted his tears had stopped all by themselves and he was feeling lighter inside. Just what the teacher had explained to them all before class today. She had also explained that they would have a funeral ritual to bury the hamster and remember him through their words and songs.

I felt a pull and swoosh as I moved onto the High School, and noted a young girl, her hair swinging prettily in a pony tail chatting away to one of the High School jocks, in his football gear heading to the practise field. “I cannot believe the change in you” he said to the pony tailed girl by his side, ” 3 months ago you were suicidal”

“I cannot believe the change either” she explained. “It is all thanks to the Death Education course I took. It has moulded me into a much better person, I am now more aware of the difficulties of life and how to encourage myself and others for that matter to succeed in hard times instead of being defeated by those awful insecurities. I now feel I am on the right path. I am even thinking of being a teacher and working in this area to help other teens who may feel suicidal. Since they implemented this course into Grade 1, there doesn’t appear to be as many suicides as there had once been. Still it will be good to go deeper into the model they have. I would like to be there for others, just as so many were there to support me”. She looked very thoughtful as she said all this. The high school jock smiled, “Bye, see you later” and ran off to his practice.

A slight tug and up wards and on wards I sailed until I found myself looking down on the retirement home. I was out of reach but close enough to overhear some folks leaving with their binders tucked underneath their arms. Laughing and chatting as they went. “That was an awesome class, I am so thankful our HR department is sending us here for this training. This is gold. We will be able to help so many of our employees now. ” one of the women remarked.

“Yes, indeed, we will be able to help them move through their Grief period with all this support and with this helpful new information for sure. Gone are the days where 3-4 days was the normal time off to attend to the affairs of a deceased loved one. I think it is terrific that our company is getting on board with this new way of thinking. It feels so much more compassionate and right than it did before” the other woman at her side remarked.

” Instead of our people, shouldering on and doing their work, regardless how they feel, they now know we are all behind them and can support each other as they move through. They will be able to grieve in a more humane way, and not be fearful of their productivity or what coworkers may think. I am so grateful we can now bring this back and put everyone through the process of support” she said confidently.
” Indeed”, the other women remarked, “in our company alone we have a massive amount of 60-70 year olds whose parents are not doing well and are taking time off work because of it. This new process will really help them and us” her friend remarked.

“It is amazing, the other person exclaimed, this is what those demographers predicted in their book, Echo, Boom and Bust. Well we are in the bust part all right. That was a very smart move on the governments part when they sat up and took notice of this information. Especially when the demographers pointed out 10 years ago that if something wasn’t done differently on how we deal with death and grieving , they would have a catastrophe on their hands. It was brilliant stroke of luck on their part to come up with the 4 part strategy. Let’s see if we can remember it”

They both started to rhyme off what they had just been told about this strategy.
1) Teach school children from Grade 1-12 about death and their emotions
2) Sensitize work places on the loss of productivity due to Grief in their workers
3) Encourage big business to build different levels of retirement homes – acute-chronic
4) Teach the Death Education Course to seniors

It must have been a great course, I thought, because the two of them seemed so enthusiastic and upbeat about such a sensitive topic as death, emotions and grief. I decided to find out more and went inside the retirement home.

Inside there were balloons everywhere and the seniors and staff were having a wonderful time, it seemed to be a party! It was actually the last part of the course called “Living-On”. It must be hard to be in a seniors residence knowing that death could happen at any time to them or to one of their friends. Many seniors in the retirement home had gone into severe depression before they had started to teach this course there. It made their own death more imminent they said. One women remarked that she had been hesitant to come to the workshop but she was glad she had. The course had explained so much and had helped them work through their own fears and emotions about death. She could now see that if she didn’t learn how to die, then how could she possibly learn to live? She loved the exercise where they all had gone through the process. “When you let go” she said, “there is a freedom and fear just leaves. I feel so much more alive and I certainly don’t feel I am just sitting here waiting for my time to come anymore. In fact, I have signed up with about 20 others and we will be going out into the community to help the nurses with those folks who are being cared for in their homes. It would be great to see if we can bring the same relief to them”. She had said this so enthusiastically that her friend said she would sign up too.

Wow, that explained the party atmosphere, instead of being unhappy and depressed, these seniors were embracing their lives with much more vigour and freedom than they had before. Gone was that haunted look that you see in so many seniors eyes these days I thought.

It seems the difference for all this positive impact I was seeing, had been attributed to a series of Death Education Courses being brought into and made available to all grades in junior school, high schools, and Employees Assistance programs. I think I heard one of the two women say as she left the retirement home, that it has saved billions of dollars since they had implemented the process in their work place. The other woman had also remarked that with the dollars saved they could reinvest more in R & D. The government was also saving money as less sick days were being taken and they too had been able to reinvest in additional resources. Resources that would enable people to remain in their homes and be looked after, regardless if there was family in town or not.

Now that is what I call community support! Had I been dreaming? It had felt very real, like I had gone on an amazing adventure to the future. I couldn’t believe what I had experienced or the information I had stumbled upon. I just knew I had to share it. 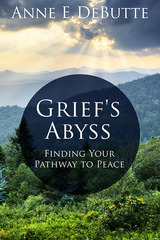 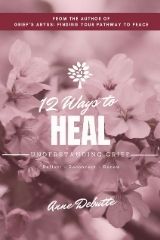 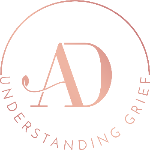 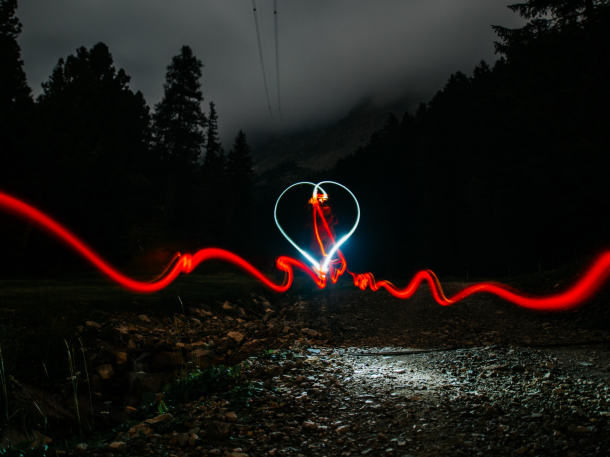 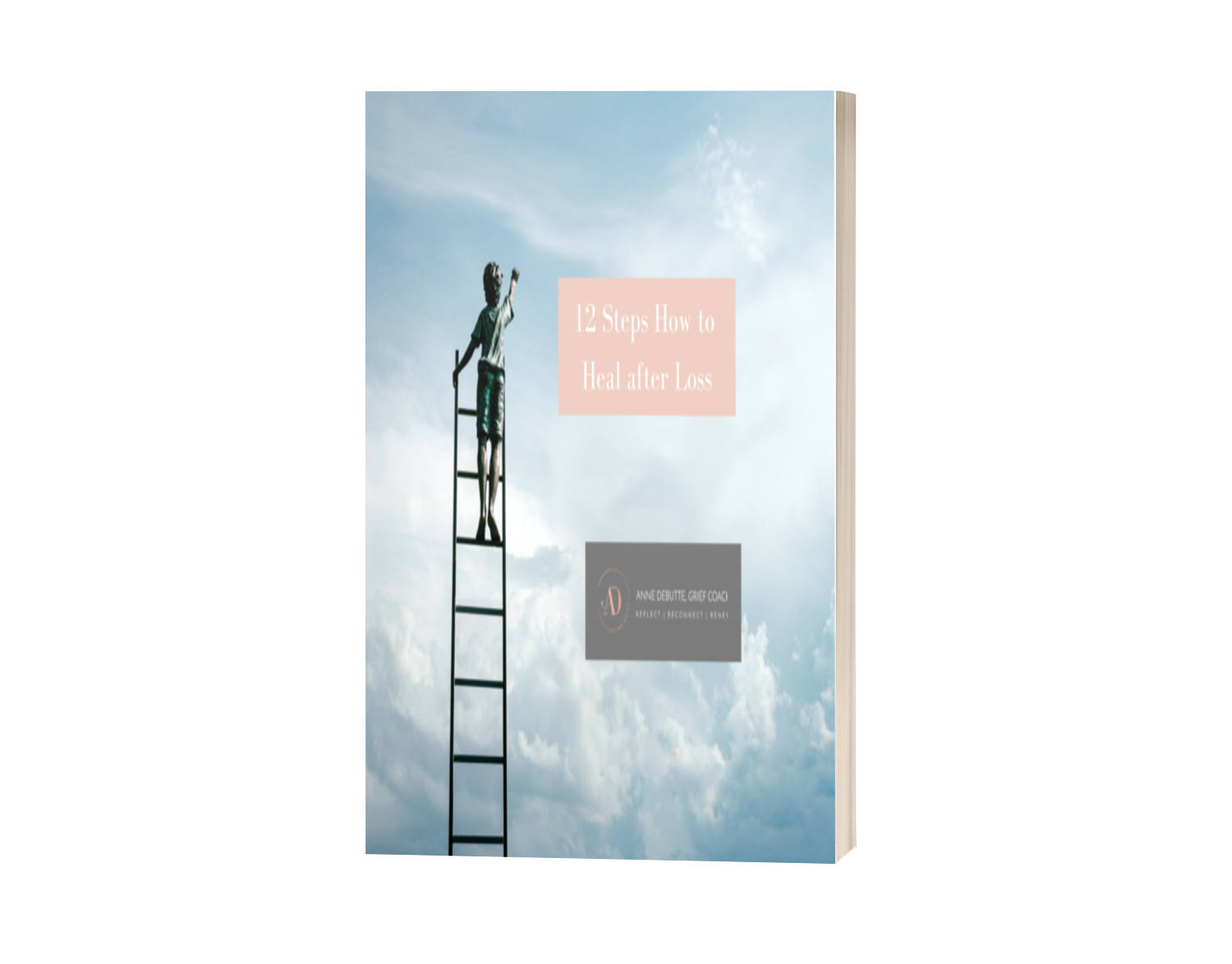